Four people were trapped today after a prison van and lorry collided, leaving debris strewn across a main road.

Dramatic photographs showed police and firefighters on the scene working to help those stuck inside the vehicles following the major collision on the A27 near Lewis Prison in East Sussex at about 11am today.

The van was operated by Ministry of Justice contractor GeoAmey, and one of the four people is believed to be a prisoner. 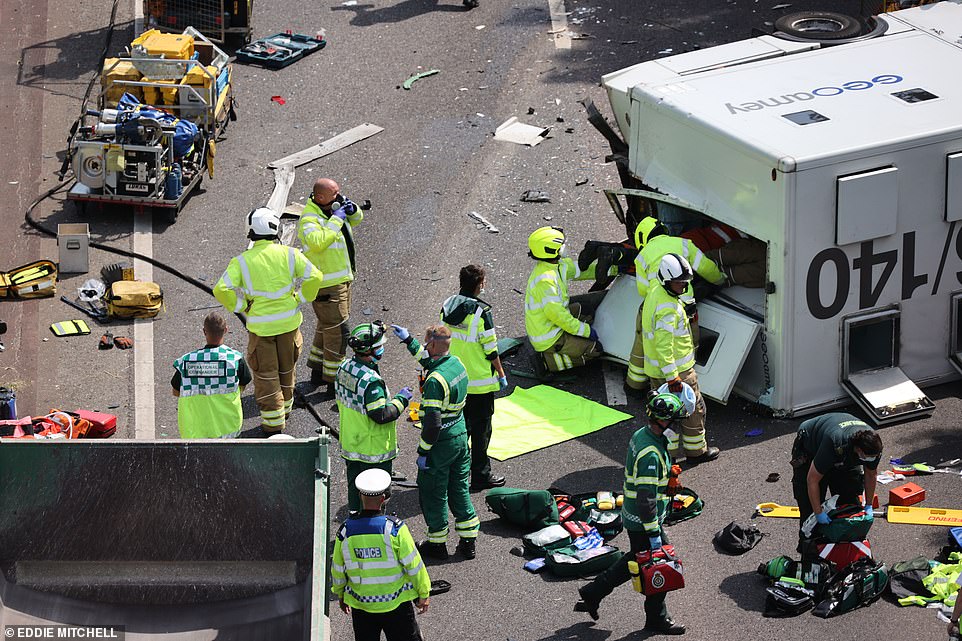 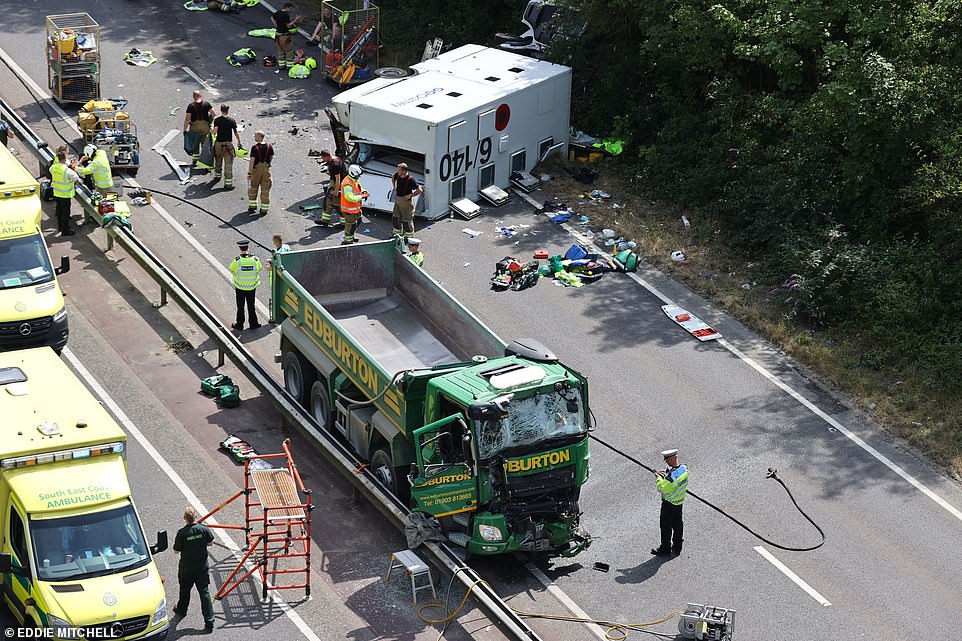 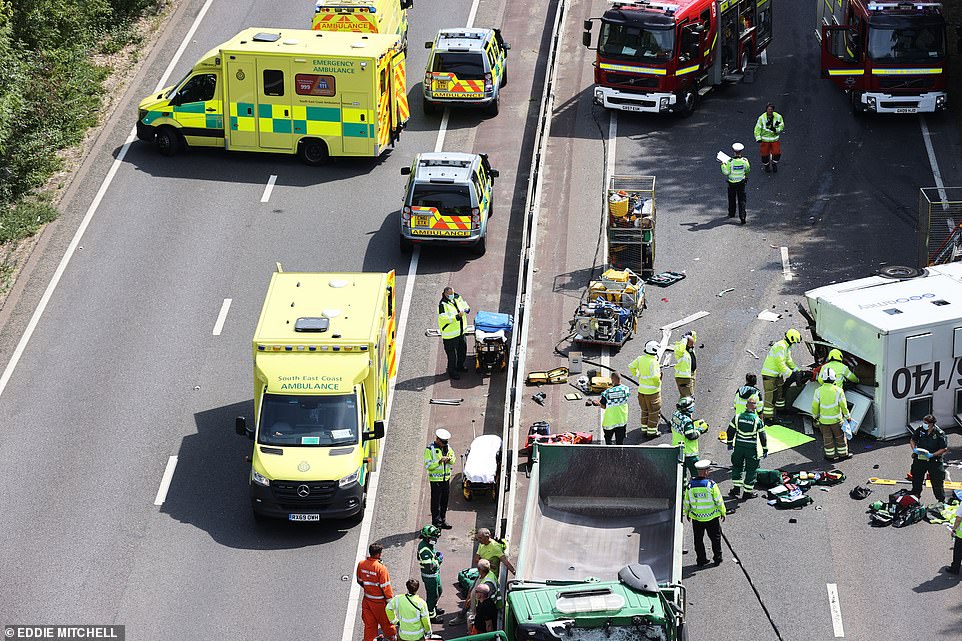 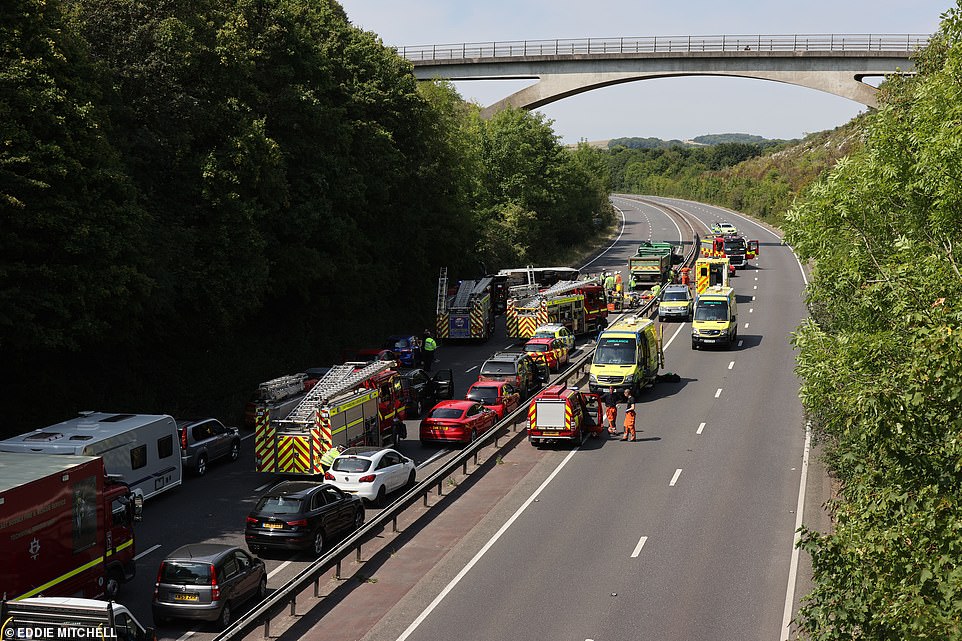 Witness Melanie Beck told the Sussex Express: ‘The driver of the lorry looks to have walked away unhurt.

‘Paramedics are working on a man rescued from the skylight of the prison van. Another had to be cut free from the vehicle. More and more emergency services are arriving.’

A spokesman for East Sussex Fire and Rescue Service said: ‘We were called at 10.59am to attend a road traffic collision involving one HGV and one van on A27 Lewes Bypass.

‘Crews from Battle, Uckfield, Seaford, Lewes and Preston Circus are currently in attendance. Four people were reported trapped. Three have been extricated and crews are working on extricating the fourth.’ 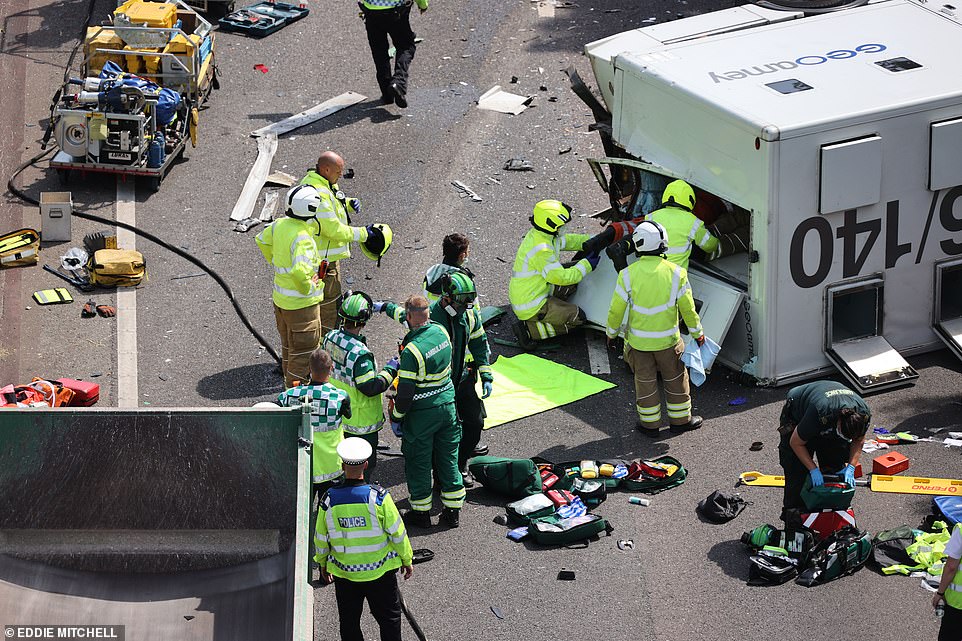 Fire crews were called at 10.59am this morning to the collision involving the lorry and the prison van on the A27 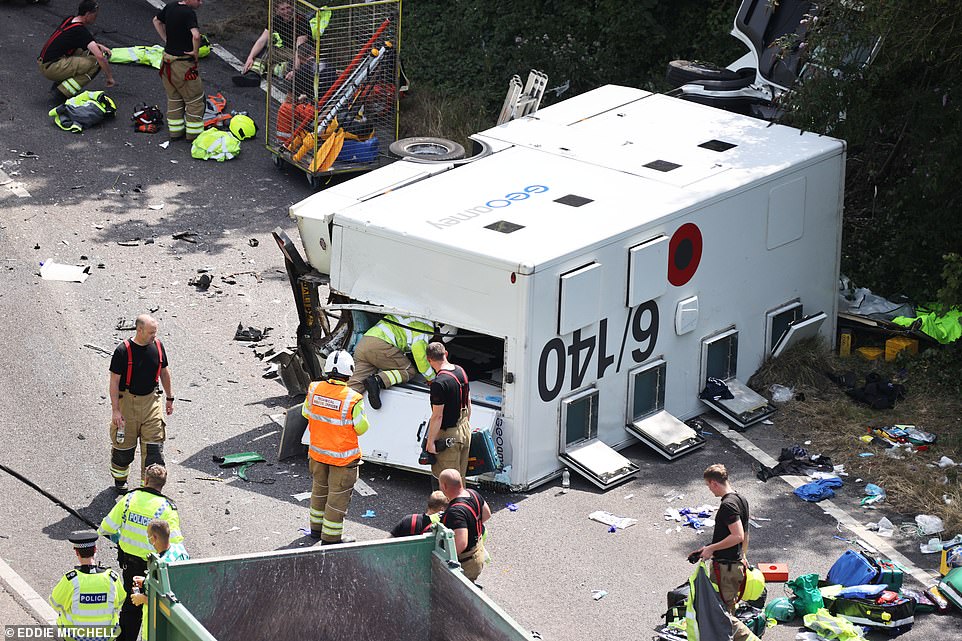 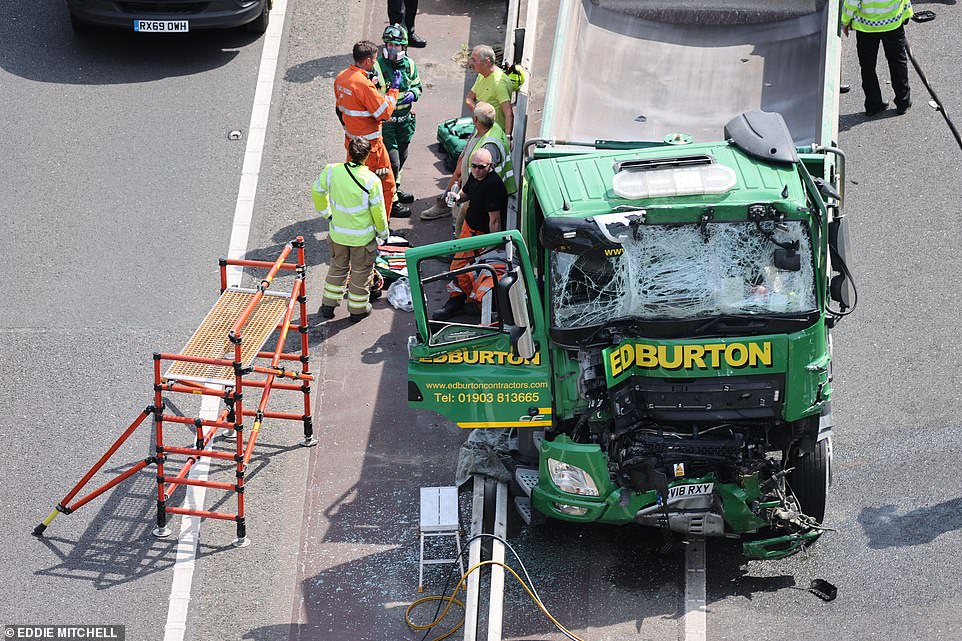 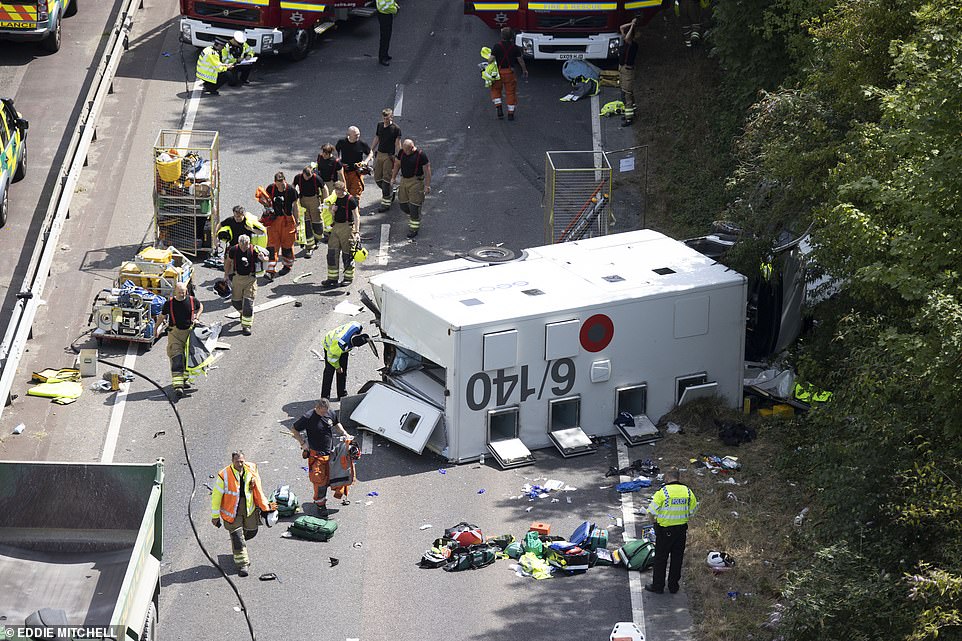 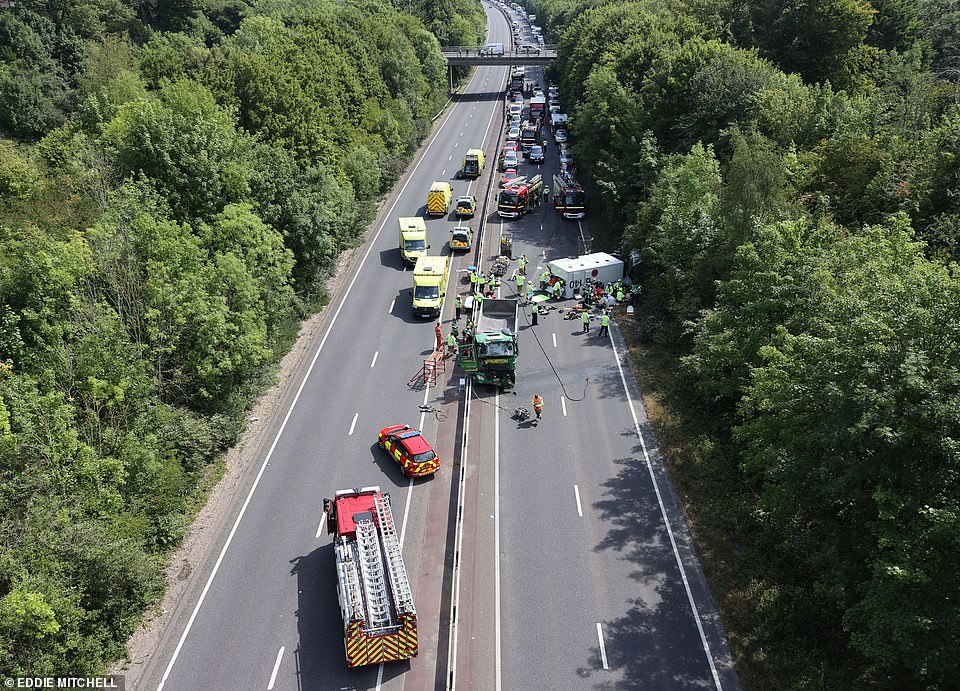 A Sussex Police spokesman said: ‘We are currently dealing with a road traffic collision on the A27 at the Lewes bypass. The road is closed in both directions between Ashcombe and Southerham roundabouts.’

A GeoAmey spokesman said: ‘A GeoAmey secure escort van has been involved in an incident on the A27 in Sussex near the Kingston roundabout this morning. Emergency services are currently on the scene.’

The Ministry of Justice directed requests for comment to GeoAmey. MailOnline has also contacted civil engineering contractors Edburton, which operated the lorry.